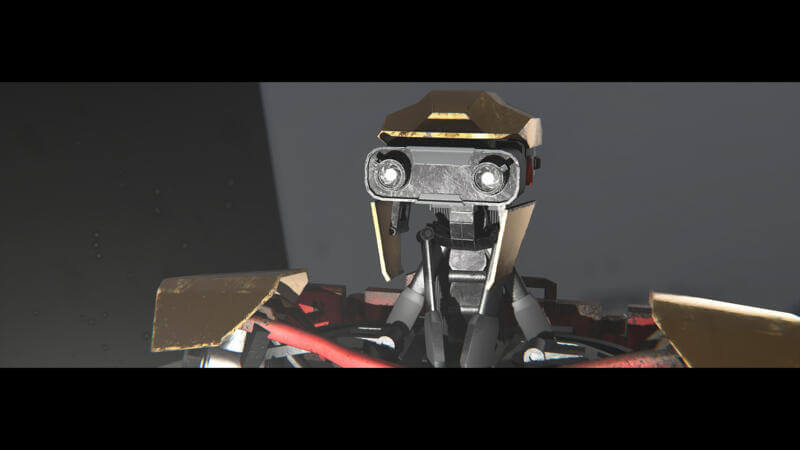 The Artificial Condition is an animated sci-fi Short Film

CAIN, an artificial intelligence, is burdened with carrying and protecting a mysterious object. But on this path, CAIN encounters the Terraformers. A horde of mindless nature rebuilding machines. This journey will determine CAIN’s self understanding and the true nature of the mysterious object.

I composed the music, created the sound design and mixed and mastered the film together with my fellow student Kristina Andersen for this short film created by The Animation Workshop, VIA as their final bachelor project.

I got to work with a team of 6 students, including a director, CG artists and animators. The film screened at multiple short film festivals in 2020

Press play at the top to watch the film.

You can listen to the soundtrack on the audio player to the right.

Client
The Animation Workshop, VIA